Survivor: Yangudi Rassa is the fifth season of Bennett's Survivor series. It was the largest cast to date, and the first to feature more than two starting tribes. The season is best remembered for featuring Tigray, the most legendary tribe assembled in Bennett's Survivor.

During the pre-merge, Amhara was nearly decimated after losing the first four challenges. Tigray, the powerhouse tribe, was able to dominate early on and make it to the pre-merge with five remaining. Once the merge hit, paranoia and high ambitions led to constant shake-ups with no basis on original tribal divisions. In the end, Jxhn was able to win in a 7-1 vote due to playing an honest game compared to kekgeek, who neglected his social connections in order to develop big strategic moves. At the reunion, kekgeek was given the "Player of the Season" award.

Survivor: Yangudi Rassa began with eighteen Tengaged users divided into three tribes: Amhara, in green, Kwegu, in yellow, and Tigray, in red. They were named after ethnic groups of Ethiopia. On Day 7, the three tribes merged into Oromo, in black. The name was chosen by ThePug.

Hidden Immunity Idol: At the start of the game, one idol was hidden at each tribe camp. 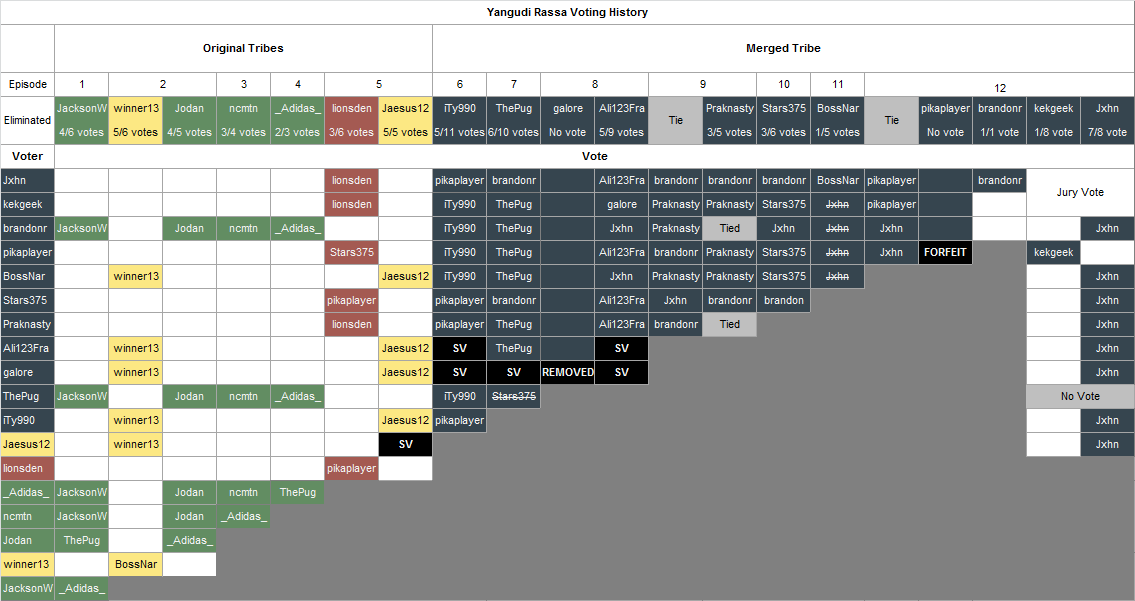